Are you curious as to what I've updated? Not wanting to go through pages and pages though? Then look no further. Pages I update will be posted here monthly.
July Updates:
Book Reviews,Summer Surge Readathon 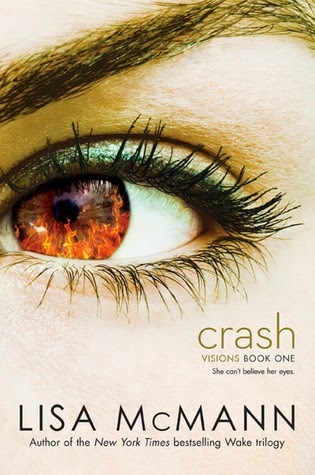 Outline:
If what you see is what you get, Jules is in serious trouble. The suspenseful first of three books from the New York Times bestselling author of the Wake trilogy.Jules lives with her family above their restaurant, which means she smells like pizza most of the time and drives their double-meatball-shaped food truck to school. It’s not a recipe for popularity, but she can handle that.What she can’t handle is the recurring vision that haunts her. Over and over, Jules sees a careening truck hit a building and explode...and nine body bags in the snow.The vision is everywhere—on billboards, television screens, windows—and she’s the only one who sees it. And the more she sees it, the more she sees. The vision is giving her clues, and soon Jules knows what she has to do. Because now she can see the face in one of the body bags, and it’s someone she knows. Someone she has been in love with for as long as she can remember.

Quick Thought (or not)
Before starting Crash I was going into it hoping I would love it because everyone else seems to love her books. Sadly, Lisa McMann's book always seem to be a miss for me. It's not that I particularly hate them. I guess I should say I have more of a love/hate thing for them. I feel almost the same way about this one as I did with her first book Wake. I love the concept of the book, but I can't really put my finger on what didn't work. Needless to say I haven't yet read the other two books in that series either. I do however have them on my shelf. I've wanted to try and read those to see if maybe it's just a first book thing with this author. I also have her book Cryer's Cross. What do you guys think?

Pacing
I guess for the kind of book it is the pacing was fitting, but I did feel like it kept going. We knew eventually she would have to figure out her visions, and what the crash was about, but the road we had to travel to get there felt longer than I would have liked

Characters
It seems lately that more of the books I've read have a strong family bond (or at least there is a family to the main character.) Jules family consisted of a mother, father, older brother, and younger sister all of whom I enjoyed and were glad to have met. Except maybe her dad. He was a bit of a douche. I guess he had hard life, and there were reasons that are later mentioned as to why he was that way. I understand that depression can put a damper on things, but when you bring it on yourself the way he did you gotta live with those consequences. Jules's mother was definitely a stronger character because of what she had been put through by her husband. Always being positive and upbeat I'm not sure I could pull that off. I loved Jules' brother and sister too. Whenever Jules got herself in a pickle (or meatball) both were there to bail her out. I would have liked to see more of them, or get a story from the point of views.

Sawyer..there were a few times that I could have slapped him,and been like grow a pair, but farther into the story we learn he was only doing what he was told by his family, and if he didn't things happened. He was still sweet when he wanted to be.

Ending
It actually was a good ending things happened somewhat like I wanted them to, but you know this is a first book so there were a few things that happened to certain characters that I'm curious to see how it will be handled in Bang.


Happening now:
Of Monsters and Madness by Jessica Verday 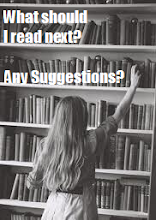